Posted on May 21, 2011 by michaeldthomasphotography 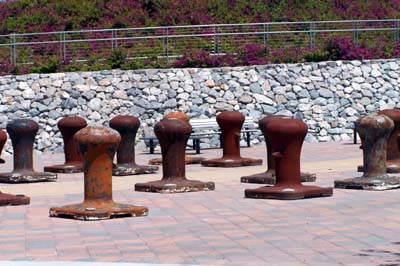 This is a picture of the walkway that leads down to one of the docks located by the Oakland and Alameda Bay.
When I lived in Oakland it was dirt path. even though I know it’s progress, I still miss the old days!
Quote of the Day:
I respect the man who knows distinctly what he wishes. The greater part of all mischief in the world arises from the fact that men do not sufficiently understand their own aims. They have undertaken to build a tower, and spend no more labor on the foundation than would be necessary to erect a hut. — Johann Wolfgang von Goethe